I have seen a lot of Toy Photography being made in the past year or so. And seeing successful pictures means that there is some sort of set piece or background in the picture to add to the realism of the setup. So when my son asked me to make him a play-set for his Masters of the Universe toys, I said, "You know, I should show a lot of people how to craft a play-set out of crafting materials.". And so, this video was born.


This is a part one to a two part creation for this set. The second video will be all about painting the creation. I will go over painting techniques and texturing techniques in that video. So...stay tuned!!!


Jeff and I are having an 8th anniversary of our show, Talking Toys with Taylor and Jeff! It has been a great ride. Celebrate the occasion by going through our backlog of shows on MarvinDogMedia!
Posted by Taylor Lymbery at 7:03 AM No comments:

I have been a huge fan of the Aliens and Predator franchises for a majority of my life. I remember my dad letting me watch the first predator at a young age and him letting me sneak in to watch some of the colonial marines battle screeching aliens in the Cameron classic film, "Aliens". It's been a big part of my sci-fi nerdom. When I was young, I had a small series of Aliens 2 pack toys from Kenner. I loved them so much that when I got a chance to get the single carded action figures and vehicles, I jumped to the chance! That lead to me finally getting a good run of the Predator toys that coincide with the Aliens toys from Kenner. Now, Neca toys has made two new action figures that are in the classic vintage Kenner style. One of which is the Alien NeoMorph that appeared in the movie, "Alien Covenant, and the other is the Berserker Predator, that appeared in the film, "Predators". I have the Berserker Predator! Let's take a look at him.


This toy is great! It is nice to have a vintage style action figure that looks very good with the actual vintage collection. The paint and sculpting are a nice upgrade to the vintage look, but doesn't overdo the surpassing of quality. In Laymen's terminology,  it's still looks simple enough to mix in the vintage toy line and not stick out to much.

I was disappointed with the attachment of the accessories. Both the cannon and the blade keep falling off in play. In all honesty, it is an adult collector toy, but, a little glue would go a long way. I have thought about gluing the blade down on my personal toy, due to it falling off every time I move him.

So for this toy, I give him a 4 out of 5 stars. If his accessories fit better, he would have gotten a 5 star rating. He really is a cool nod to the vintage toys we all loved so well.

Jeff and I are having an 8th anniversary of our show, Talking Toys with Taylor and Jeff! It has been a great ride. Celebrate the occasion by going through our backlog of shows on MarvinDogMedia!
Posted by Taylor Lymbery at 9:16 AM No comments:

In the past, I have been passing up the Call of Duty (COD) Mega Construx building block sets. Recently, I took a gamble with my extra expenses to buy a twelve dollar set from Dollar General here in my town of Denton, TX. I liked it so much, I felt the need to make a video!


Things that I liked about this set were the fact that the box is super modular. What I mean is that the box can be taken apart, and put together is various ways. It makes for some cool environments. let me show you. 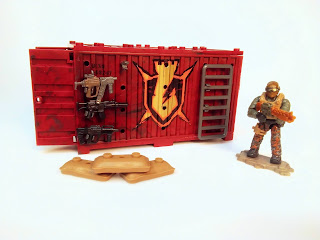 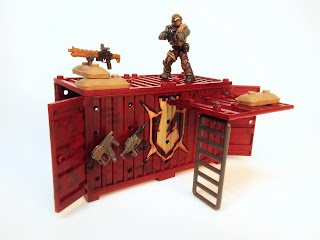 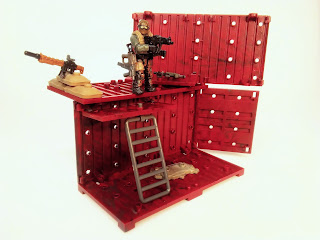 The weapons are also able to be broken apart and changed up. This is such a simple, and yet cool playset that has a great playability! I give it a 4 out of 5 stars! If you are interested in purchasing this set, I have a link for it here: Amazon Mega Construx Call of Duty Solo Mercenary Outpost

Jeff and I are having an 8th anniversary of our show, Talking Toys with Taylor and Jeff! It has been a great ride. Celebrate the occasion by going through our backlog of shows on MarvinDogMedia!
Posted by Taylor Lymbery at 8:07 AM No comments: